Your link text
You are here: Home / Bot Development / Difference Between Bot Service and Bot Framework

If you are planning on using Azure to create a chatbot, you might be wondering what the difference is between Bot Service and Bot Framework. I’m going to be sharing with you the comparison of these two services from Microsoft so you have a better understanding of these services.

Bot Service and Bot Framework are both products from Microsoft Azure. While both can be used together, they are different from one another.

During my time as an engineering manager on the enterprise side of the house, we were a Microsoft shop and implemented a chatbot within our organization. My team utilized multiple services as part of the chatbot’s architecture.

I’m going to share with you the differences between the service and the framework so that you have a better understanding. 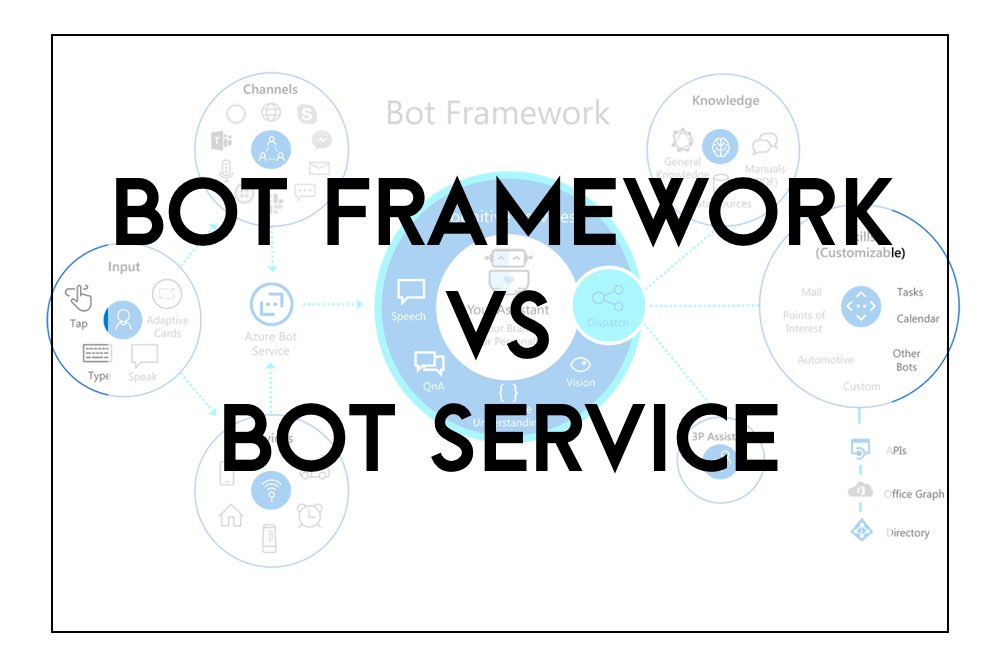 What’s the Difference Between Bot Service and Bot Framework?

Azure Bot Service is a managed service that provides an integrated environment along with templates that assist in accelerating development of a bot. The Bot Framework is a software development kit (SDK) that is open-source and provides a comprehensive set of tools, libraries, code samples, processes, and guides for delivering bots. It includes the Bot Framework Emulator and command-line tools that assist in efficiently creating and managing bot services.

Together, Azure Bot Service on the Microsoft Bot Framework can assist developers in designing, deploying, and managing bots. Creating a chatbot with Azure Bot Service and creating a bot on your local machine are independent processes, but have similar processes that are shared between both. 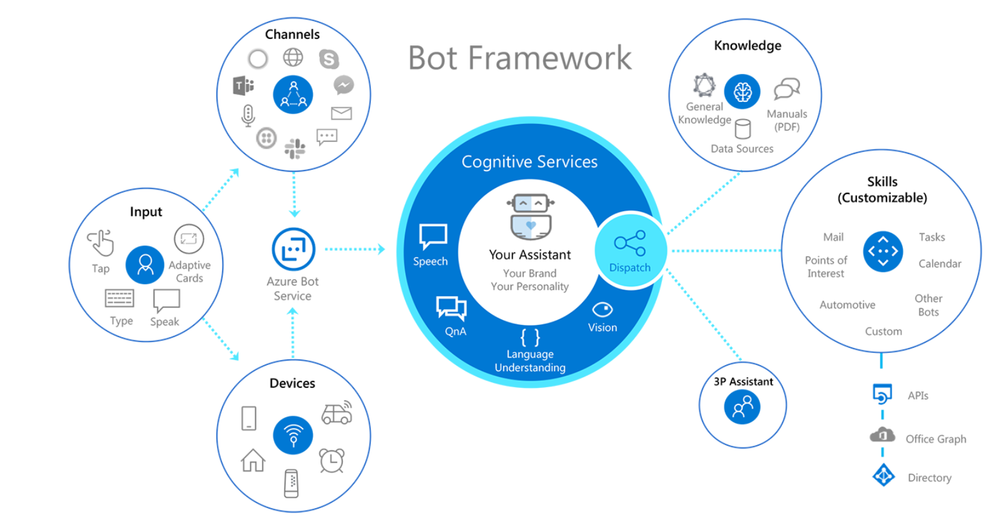 Azure Bot Service provides the core bot components to build the bot and specifically the service for connecting bots into various user channels.

Here are some helpful documentation for Bot Service:

Bot Framework SDK allows you to deploy bots on any cloud hosting service with an internet-accessible endpoint with a valid HTTPS certification. The Bot Framework is 100% code and is meant for use with teams that have knowledge in programming.

Here are some helpful documentation for the Bot Framework SDK:

What other services can be used with Bot Framework and Bot Service to create a chatbot?

What are some use cases for creating chatbots with Azure Bot Service or Azure Bot Framework SDK?

There are a multitude of use cases for utilizing chatbots within Azure, which include:

What’s the difference between Bot Framework v3 vs v4?

Version 4 is a complete refactor of the previous version of the SDK and has major changes that should be considered. Changes in the SDK include:

What channels does the Azure Bot Service support?

Standard channels for Azure Bot Service include first-party Microsoft services including Skype, Cortana, and Microsoft Teams along with publicly available Bot APIs like Facebook and Slack. The standard channels support unlimited messages at the free and S1 pricing tier.

Premium channels for Azure Bot Service will allow you to reliably communicate with bot users with custom applications or on a website by customizing the open source DirectLine and Web Chat clients. The premium channels support 10,000 messages per month at the free tier and $0.50 per 1,000 messages at the S1 pricing tier.

I hope this helps clarify the difference between Bot Service and Bot Framework. Bot Service is provisions the core component to build the bot whereas Bot Framework SDK (or you can use Bot Framework Composer for a visual designer) provides you with the comprehensive set of tools and templates you can utilize to build your bot.

In my own experience of deploying a chatbot to 30,000 employees, we had success with Bot Service coupled with Bot Framework, LUIS, QNAMaker, MongoDB, SharePoint, App Insights, and PowerBI to create a bot that provided us the ability to create mini-bots hosted to a parent bot while being able to use data to analyze the queries, which then in turn enabled us to create more skills based on what users were asking for.

Previous Post: « What technology is used in a chatbot?
Next Post: Difference Between Dialogflow and Azure Bot Service »