You are here: Home / Bot Development / What is a Discord Bot?

Learn all about Discord and how a Discord bot can help manage your community.

First, for those that are new to Discord, I’m going to share with you an overview of what it is as well as how you can use a Discord bot to manage your community.

Launched in 2015, Discord is a social networking and community site that is a mix between Skype for voice calls and Reddit for discussion boards (imagine a less formal version of Slack). While it’s open to anyone over 13 years old, it became popular initially with the gaming community. In short, Discord is a multi-level communication platform. 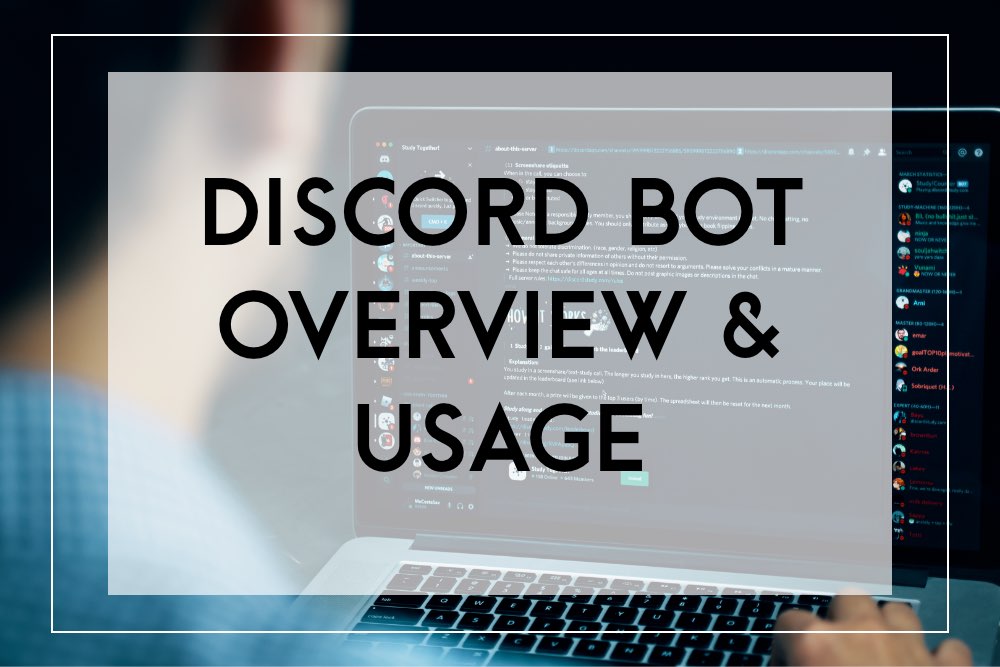 Discord has communities called “servers” that are generally niched to specific topics or discussions. Servers can be either public or private. In addition, anyone when signing up for Discord can create a server. There are thousands of Discord servers, and chances are, there’s a topic already created for larger topic areas.

Images, GIFs, and videos can be shared in both text and through direct messages, but not in voice channels because those are audio only. With direct messages, video chat and screen sharing can also be utilized. Discord bots can also be integrated with other applications like Spotify and YouTube as well.

What can a Discord bot do?

Discord bot can help keep servers running by organizing it, welcome new members to the server, and moderate those users that don’t follow the rules.  In addition, Discord bots can bring members of a server a great experience by adding things like music, games, photos, and other content while also automating tasks for admins that help moderate content and ban those that continue to break rules.

Where can you find the best Discord bots?

There are a multitude of websites that offer suggestions on some of the best Discord Bots, the most popular one which is Top.gg, that allows you to see the certified featured bots, top voted bots, and trending new bots as well as provides you a way to filter or organize bot content.

What are the most popular Discord bots?

Discord bots are available with varying features, strengths, and varying levels for the needs of the servers. Below are some of the most popular Discord bots available.

How do you add a Discord bot to a server?

Discord bots can be added from an online aggregation site like Top.gg or right from a bot creator’s website. Once a Discord bot is chosen, the “invite” button can be clicked which will allow the Discord application browser to open and allow the bot to be invited to the server by an admin or moderator. Once the Discord bot has been authorized, the bot can be used immediately.

Similar to using terminal or command line, an installed bot generally has a handful of commands that will allow the admin or moderator to perform tasks. In some cases, there are Discord Bots that will display a tutorial within the interface once it’s added to the server, making it easy to get started moderating the server community.

How do you remove a Discord bot from a server?

A Discord Bot can be removed from a server by navigating to the bot’s name in the server’s member list, and choosing “ban” or “kick” to remove the bot from the server.

What programming languages do you need to know to make a Discord Bot?

A Discord bot does not require heavy knowledge in programming language. However, to create a Discord Bot for others to use, understanding Javascript, Node.JS, and Pylon as well as reading JSON documents may prove helpful in creating a bot that you intend to have others install on their own servers. This is a good Discord Bot tutorial that is simple to follow.

Having a good Discord bot is a vital and important tool for any moderator or administrator of a Discord server. The ability to level-up your moderation and administration duties while also saving you time can be a huge time savings, not to mention detract those that aren’t following the guidelines of your community. Being able to also add fun features like prizes, polls, games, music, and other features also enhances your server to increase Discord member engagement. Discord bots are a really great way to make your server more organized, more fun, and more interactive.

This group-chatting platform while was originally built for gamers, it has grown into a larger platform with a multitude of communities.

If you liked this overview of Discord and how to use a Discord bot, you might also like these other posts:

Many of the links on this blog are affiliate links. ChatbotBusinessFramework.com receives a small comission when certain items are purchased, but the price is the same for you. ChatbotBusinessFramework.com is a participant in the Amazon LLC Associates Program, an affiliate advertising program designed to provide a means for sites to earn advertising fees by advertising and linking to Amazon.com.
Previous Post: « What’s the Difference Between LUIS and QNAMaker from Microsoft Azure?
Next Post: What’s the Difference Between Amazon Lex vs Amazon Polly? »